We only spent one day at Bryce Canyon. I wish we could have stayed longer. This place was so beautiful that I’m literally without any grand words to describe it. Orange, orange, and more orange–every shade imaginable. Hoodoos–these long spire structures that stick up from the canyon–are the distinctive feature of Bryce.

Unfortunately, the weather when we were there was variable. We were there during their monsoon season so afternoon thunderstorms were likely. We woke up early to view the sunset, but it was cloudy so we didn’t get the full effect of the sun-light hoodoos. Our early awakening allowed us, however, to actually get breakfast at the park lodge, which was really nice. And the first time since starting our honeymoon (we were into the second week by then) that we made it out somewhere for breakfast! (Our first night at Los Poblanos doesn’t count because we actually made it to brunch at like 10am.) 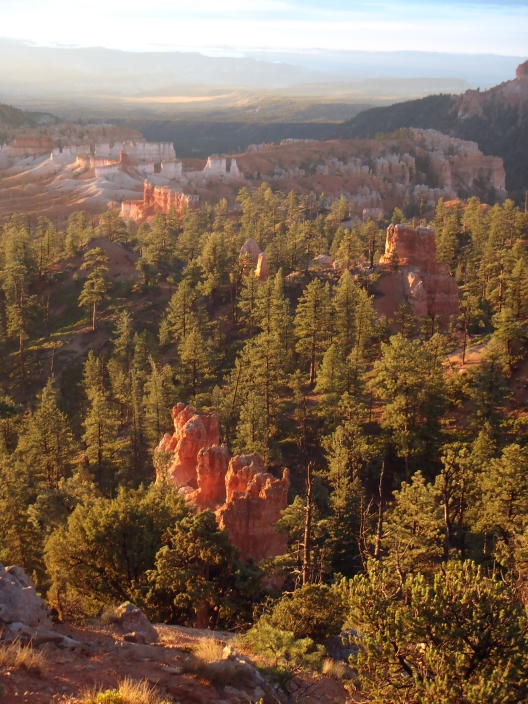 The morning cleared, however, and by the time we began to take our first hike along the Queens Garden Trail, the sun was poking out of the clouds. It just got sunnier and sunnier and we had real hope that the rain would clear completely.

Heading down the Queens Garden Trail. 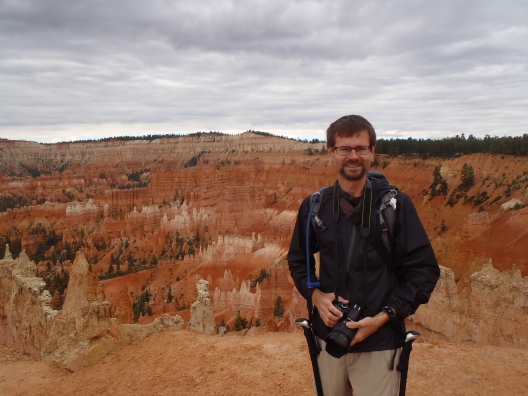 This cute guy heading down the Queens Garden Trail.

The trail was a pretty popular one, listed on the park map as an easy hike. I don’t remember exactly, but I think we took some sort of extended loop from the Queens Garden (cuz supposedly we did 3 miles and the park map I’m using to aid my memory says it was 1.8 miles roundtrip). Anyway, it was truly stunning. All the various hoodoo formations did look like some sort of fairytale kingdom.

Another panoramic shot. (I really love this feature of the camera!)

After we finished walking the Queens Garden Loop, we excitedly ran to the RV to change into lighter clothes as it had warmed up considerably from the morning. We started walking the 8 mile Fairyland loop, but just as we got about a half a mile down the trail, dark clouds began to advance from the distance and we heard the rumble of thunder. Having been unpleasantly caught in alpine thunderstorms more times than I’m ashamed to admit, suggested we turn back. We were both so depressed.

Descending into the canyon.

We went back to the park general store and decided to wait out the storm there. We both snacked on some food and enjoyed a beer. Which, by the way, was $1.25 (!!) for a bottle of a nice local microbrew.

The storm never really came, though. Lots of rumbling thunder, a little bit of a drizzle, and the temperature dropped a bit again. After some time, we decided to take at least take the Fairyland Trail to the Tower Bridge, just 3 miles round trip. As we hiked, the sun came out and was over taken by clouds repeatedly so that we could only guess as to what the weather was going to do. It was really hard, though, to resist the urge to continue the Fairyland Loop, which we passed both right before the Tower Bridge viewing area and on the return. I was so disappointed that we couldn’t walk that trail that I have sworn we will come back and walk the whole thing one day.

Another view along the first 1.5 mile of the Fairyland Trail. (Stormy clouds included.) 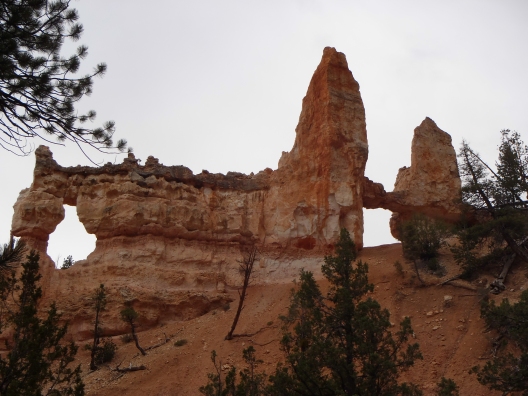 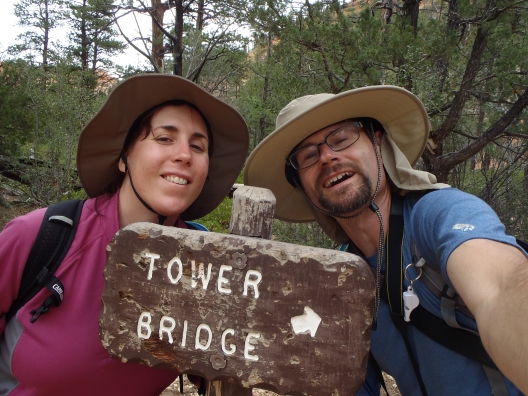 Some goofy hikers at the Tower Bridge viewing area.

In fact, we know that if we come back to Bryce some day, we’d definitely like to hike as many trails there as we can. There are some campgrounds in the canyon; we’d love to walk the Lower Rim trail and spend a night or two in the canyon. It was sad that we couldn’t stay there longer than the day. But our trip was mostly a taste of national parks of the southwest.

This looks a little like some sort of important building on a hill overlooking some ancient city.

Another shot of the “capitol building.”

Another panoramic view of Fairyland. What do the fairies do here, you suppose?

After hiking out and back to the Tower Bridge, we conceded to drive along the rim to Rainbow Point at the far end. Along the way, we stopped at almost all of the view points, taking pictures while marveling at all the spectacular views. Each part of the canyon had its own unique beauty. I just couldn’t get over how beautiful it all was. As you can see, it was impossible to take an uninteresting picture. I can’t wait to go back! This was most definitely one of my favorite places we visited.

The colors remind me of Mars!

I believe these next few were taken at Inspiration Point…. 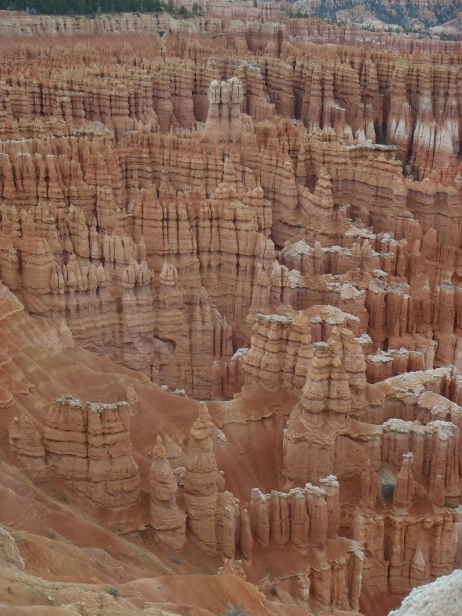 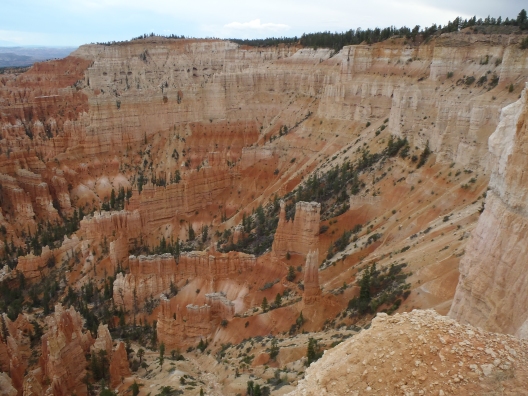 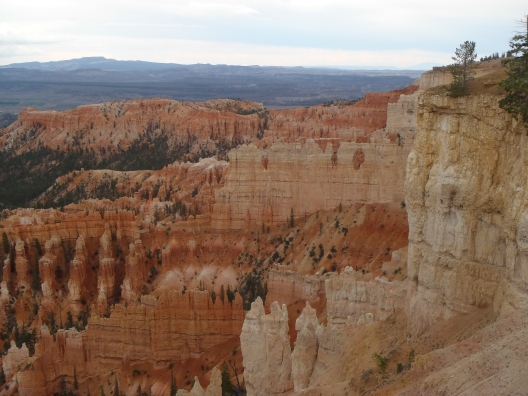 And various other views along the canyon rim…. 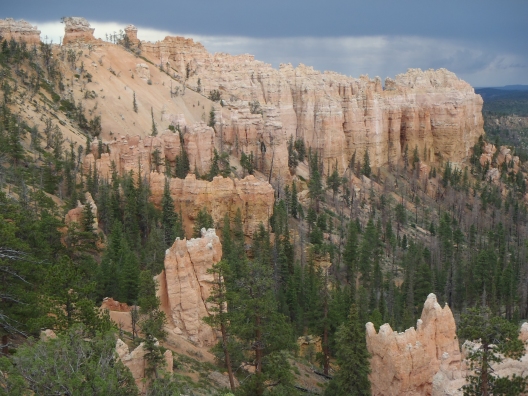 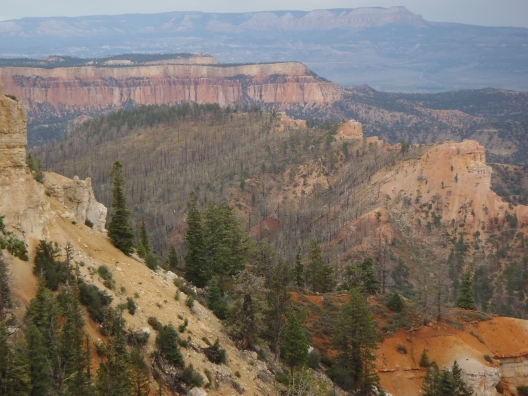 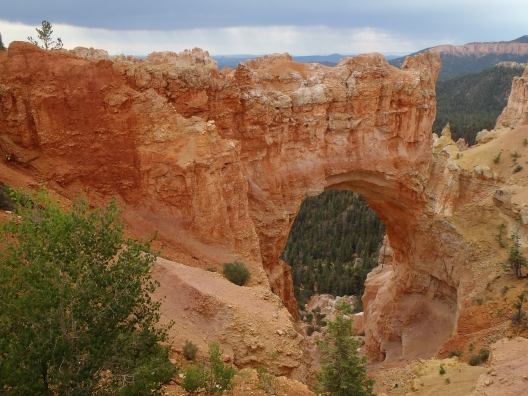 The Natural Bridge (at the view point of the same name). 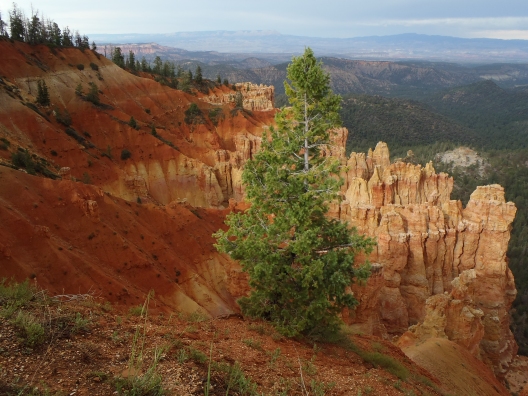 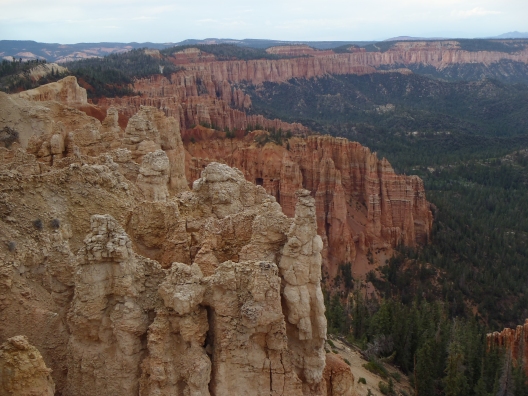